The original St. Paul's School was opened in the basement of St. Paul's Church in September 1911. By 1913, enrolment had reached 240 students and classroom space was a problem. A temporary building was erected near 22nd Street and 4th Avenue and finally in 1926, St. Paul's School was built on the 22nd Street site. This school continued to grow and it eventually became a collegiate for Catholic boys. In 1954 with enrolment growing, St. Paul's North was built on our present site, 1527 Alexandra Avenue. The first principal was Mr. R. B. Pravda. The original school consisted of five classrooms. There have been three additions to the original building, three classrooms in 1961, two classrooms and a gymnasium in 1967 and in 1974 the resource centre and three additional classrooms were added. The original program was an English program. French instruction began in the 1960's. During the 1970's the school offered an English program and a bilingual program. Since 1985, the École St. Paul School has been offering a bilingual program.

Saint Paul, you had the courage to open your heart to the love of Christ. Help me to never close my mind to Jesus' words.

Saint Paul - Paul was born in Tarsus, the son of a Jew of the tribe of Benjamin.  His given name was Saul, and he was a Roman citizen educated in Jerusalem.  When the first Christians began preaching the words of Jesus, Saul hated them.  He assisted at the stoning of St. Stephen, the leader of a colony of Greek Jews who had become Christians.  One day, as he rode to Damascus to arrest another group of Christians, he was thrown to the ground by a lightning bolt.  He heard a voice that said, "Why do you persecute Me?" "Who are You?" asked Saul.  The voice replied, "I am Jesus, whom you are persecuting."  The accident blinded Saul, and he had to be led by hand to Damascus.  There, he was baptized and instantly recovered his sight.  He took on the Christian name Paul and became a missionary throughout the Middle East and the Mediterranean.  Besides talking to people about Jesus, Paul wrote letters, or "epistles," that were carried to the Christian communities.  These epistles gave people hope and encouraged them to stay strong in their faith.  Much of what Paul said in the epistles is used in our liturgy today.  "I remind you to stir into flame the gift of God that you have through the imposition of my hands," wrote Paul while he was in prison.  "For God did not give us a spirit of cowardice but rather of power and love and self-control.  So do not be ashamed of your testimony to our Lord, nor of me, a prisoner for His sake; but bear your share of the hardship for the gospel with the strength that comes from God."  After many years of missionary work, Paul reached Rome and met Peter, the  Apostle who was now Pope.  Like Peter, Paul was martyred in 64 A.D.  Because these two saints were so important in shaping the early Church, they share the same feast day of June 29. 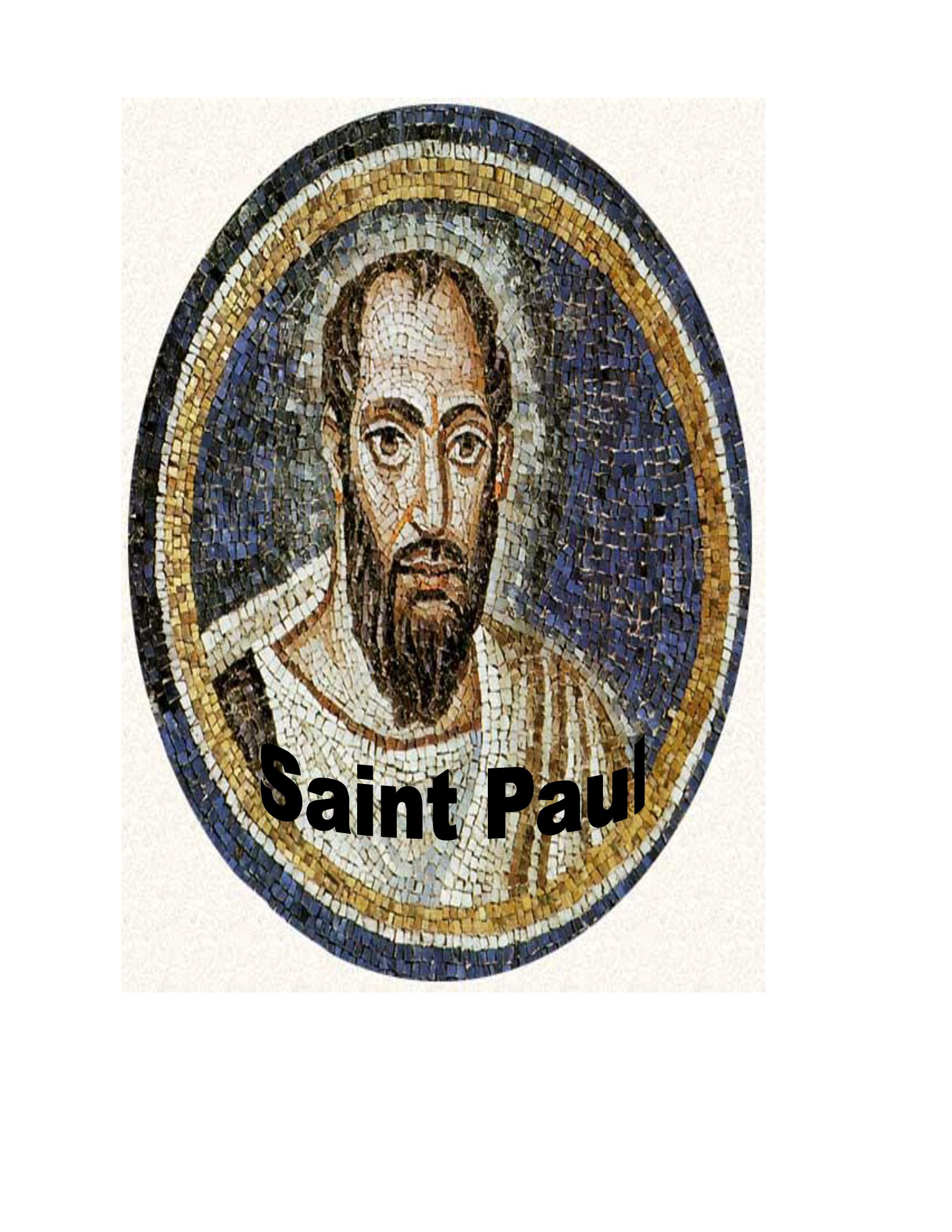