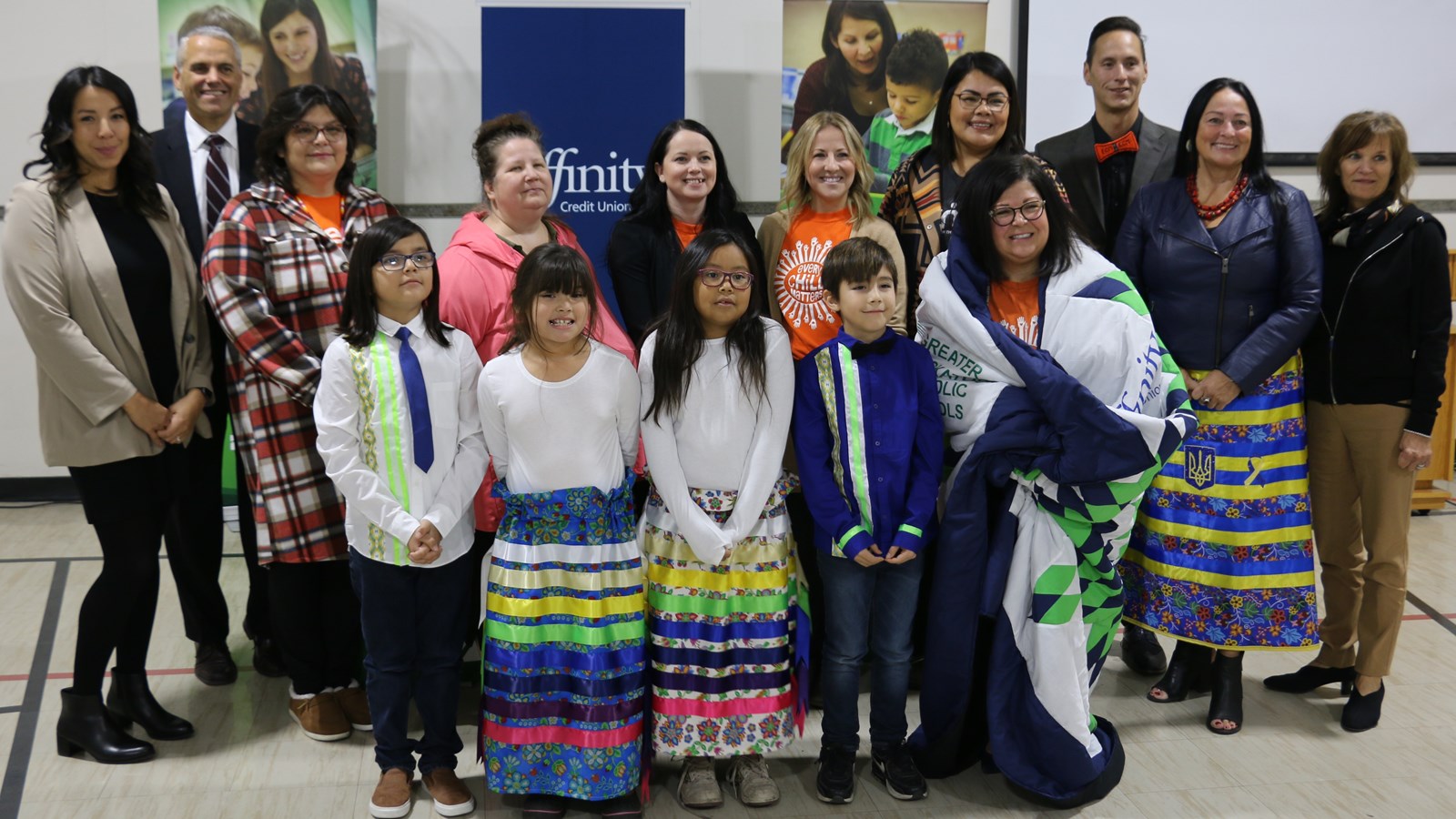 The announcement was made at a Student Learning on the Land Exhibit hosted by the school, where students demonstrated various aspects of their learning. There were also cultural demonstrations, and various stakeholders—including Affinity Credit Union representatives, parents, school and division representations, and the design and planning team—spoke about the significant benefits the addition of the STEAM lab would have on student learning.

The kēhtāwisowin STEAM Lab will integrate western knowledge and scientific techniques with Indigenous ways of knowing and doing. By providing hands-on experiential learning—in indoor and outdoor settings—students will be able to deepen their curiosity and creativity in culturally-relevant ways that will inspire students to engage in math- and science-related areas of study and careers.

“Children are going to walk through the STEAM lab doors and feel safe to embrace their culture and expand their knowledge. That’s a long overdue step down the path of truth and reconciliation that we’re honoured to support.” said Mark Lane, CEO at Affinity Credit Union.

“We all know how critical the fields of science and technology are in today’s society,” said Diane Boyko, Board of Education chair for Greater Saskatoon Catholic Schools. “Being able to teach these areas in ways that make sense for young Indigenous students will lead to their future success. It’s exciting to be able to show tomorrow’s professionals and leaders that it’s possible to have a healthy balance between tradition and culture, and modern tools and techniques. We’re very grateful for Affinity Credit Union’s support of this important aspect of the soon-to-built school.”

St. Frances Cree Bilingual School is home to Canada’s largest Indigenous language program. Having outgrown its current spaces, construction of a new school is set to begin this fall or winter on the corner of Grosvenor Avenue and 7th Street, the former site of Sion Middle School. The Government of Saskatchewan funds construction of new schools, but various aspects of schools, such as specialized learning spaces, cultural spaces, or playgrounds, are not funded. Greater Saskatoon Catholic Schools has been seeking donors to fund parts of the school determined as critical to the school, but not core parts of government funding.