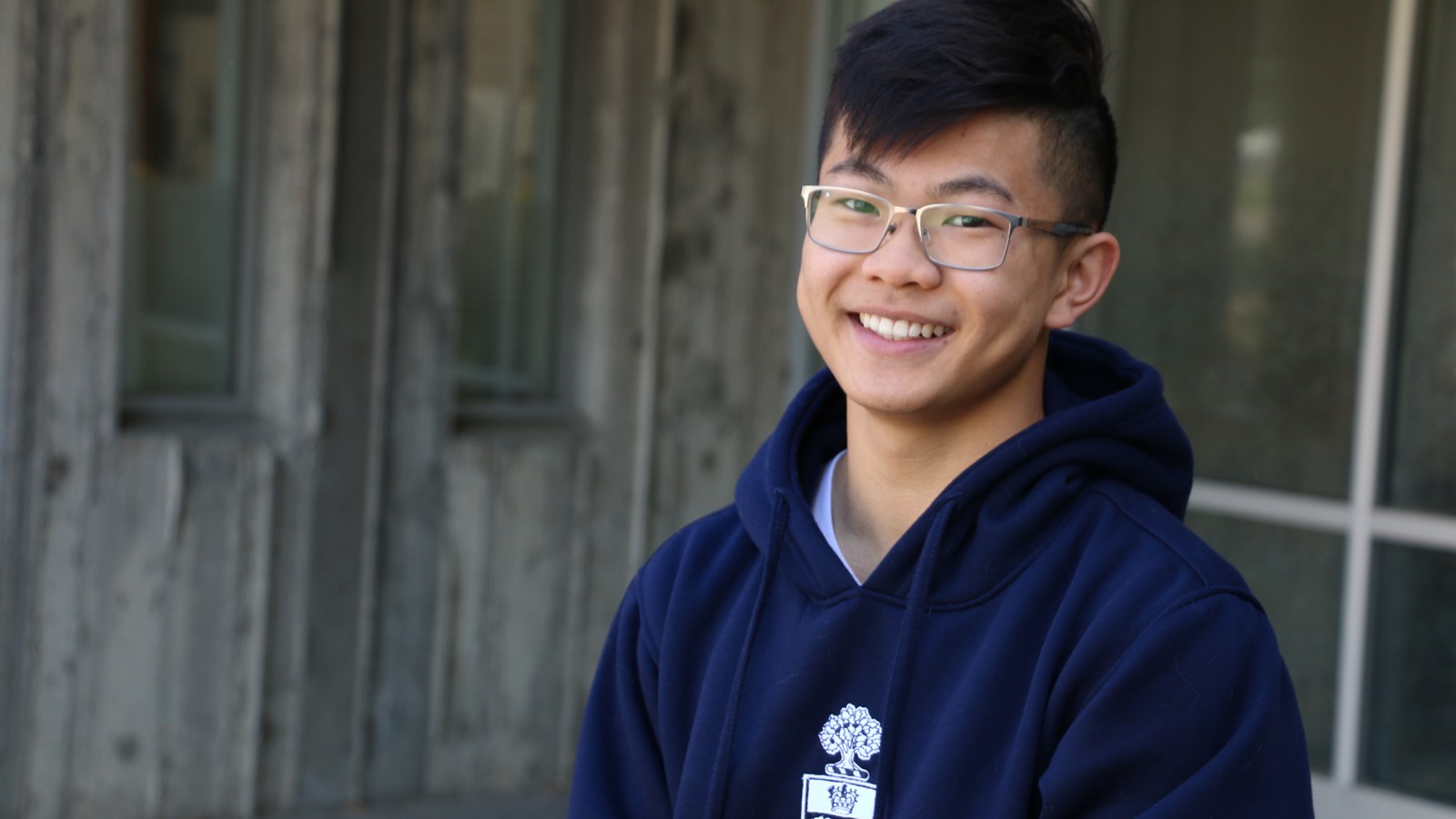 Considering the heights Kai Chen has already reached as a high school student, it’s a good thing he plans on pursuing a career in aerospace engineering.

Chen was offered the $100,000 scholarship to pursue post-secondary studies in STEM (science, technology, math, engineering) areas by not one, but two universities. He deferred the offer from the University of Saskatchewan so he could pursue his degree in mechanical engineering at the University of Toronto.

“Mechanical engineering is a pretty broad subject. You can do anything from planes, trains and automobiles,” said Chen. “One thing that I really want to do is aerospace engineering. I’ve always been interested in aviation.”

Chen had plenty of opportunity to see and hear planes, with flight paths going over his Saskatoon home. His passion for aviation led Chen to air cadets five years ago, where he has taken a leadership role over the years. He has also managed to get a job as ground handler lead at the airport.

The pending move to Toronto is a lot to take in for Chen. “I’m still figuring things out. I’ve been trying to prepare myself mentally for such a big move away from my family and everything I’ve known my entire life.”

The financial security the scholarship offers helps alleviate some of that pressure, and it will open a lot of doors when he gets there. “One thing the Schulich scholarship offers is the ability to participate in extracurricular activities. There are a whole lot of clubs. I hope to join the U of T aerospace team that designs drones, rockets and satellites, and that’s really cool.”

“Kai is a really well-rounded student who has been a real asset to our school,” said Kari Weiman, principal at BJM. “He has been part of our student leadership and has contributed in a lot of different ways. We’re so proud of him and have no doubt he’ll accomplish whatever he sets his mind and heart to do.”

As for SK Eco Solutions, Chen and co-founder Sophia Lacroix are moving to different ends of the country, so they have handed the operation of that over to the school’s Green Team. “We want to give back to the school since Greater Saskatoon Catholic Schools Foundation is a major funder that made that possible.”

Recognizing the increasing importance and impact that STEM disciplines will have on the prosperity of future generations, businessman and philanthropist Seymour Schulich established this $100+ million scholarship fund in 2012 to encourage our best and brightest students to become Schulich Leader Scholars: the next generation of entrepreneurial-minded, technology innovators.

Through The Schulich Foundation, these prestigious entrance scholarships are awarded to 100 high school graduates enrolling in a science, technology, engineering or mathematics (STEM) undergraduate program at 20 partner universities in Canada. Every high school in Canada can submit one Schulich Leader Nominee per academic year based on academic excellence in STEM, entrepreneurial leadership and financial need.