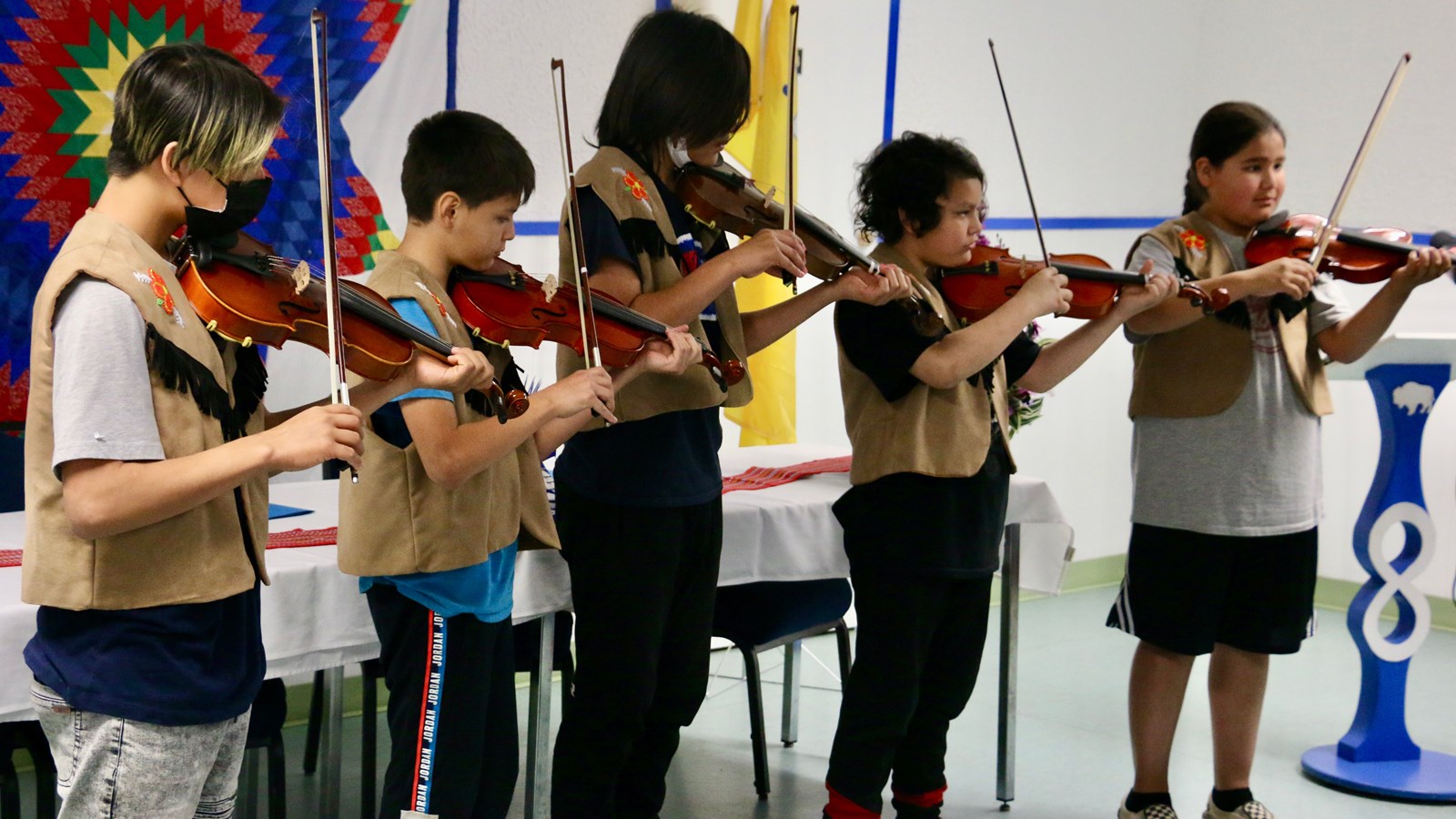 A partnership between Central Urban Métis Federation Inc. and Greater Saskatoon Catholic Schools—one that has existed in various forms for 20 years—has been renewed, with representatives from both organizations signing a new memorandum of understanding.

CUMFI President Shirley Isbister and GSCS Board of Education Chair Diane Boyko made the nākatēyimitowin partnership official at an event at CUMFI. Loosely translated, nākatēyimitowin is northern Michif for the development of caring relationships. Three Métis women Language Keepers/Elders came up with the name and bestowed it upon the partnership.

Joining the celebration, and displaying the type of learning the partnership makes possible, were students from St. Michael Community School (a Métis school of excellence) playing traditional Métis fiddle music, jigging, and reciting a prayer in Michif.

Shirley Isbister explained, “A Naming Ceremony reflects the past the present and how we hope the future will be. The Truth and Reconciliation Commission’s Call to Action #17 tells us that naming ceremonies are an act of reclamation. They give us pride in our heritage culture and history.”

“I think it’s so fitting that ‘caring relationships’ is in the name of the agreement,” said Diane Boyko. “That describes education in such a good way. Everyone at CUMFI has showed care and compassion working with us, from the board level right down to students in classrooms, to deepen our relationship and guide us in our work with Métis students, staff and programming. We look forward to building upon the strong foundation with this renewed partnership.”

An initial MOU was signed in 2010, and an education alliance was formed with a new agreement in 2016. The alliance created a Métis school of excellence at St. Michael Community School and established a Métis education program leader, who works to build programming that supports Métis students and enhances educational opportunities of Métis history and culture for all students. The model of Métis education received the Saskatchewan School Boards’ Association’s Premier's Board of Education Award for Innovation and Excellence in Education in 2020.